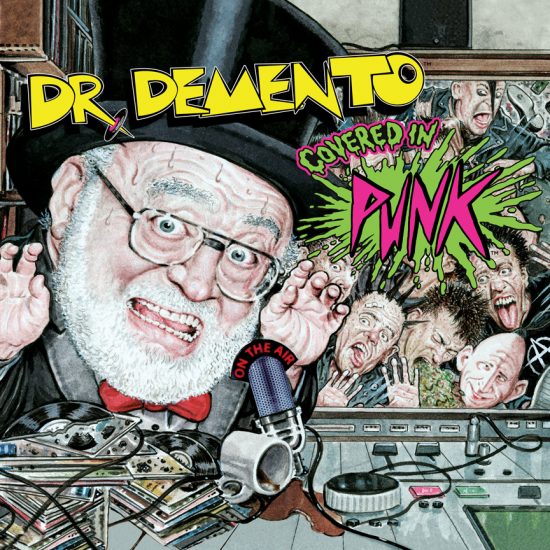 Radio legend Dr. Demento — the man who popularized such oddball songs as “Fish Heads,” “Wet Dream,” and “Shaving Cream” — visited my radio show to discuss his new project, “Covered In Punk.” He was accompanied by John Cafiero, who produced the project, which plays like a two-hour Dr. Demento show with punk covers of some of the songs he first gave airplay to.

We talked about how Dr. Demento’s career began at one local station in Los Angeles and eventually grew to a weekly national show on rock stations across the country. We also discussed how he gave Weird Al Yankovic his start, why he appeared on an episode of “The Simpsons,” and the influence of Spike Jones, Tom Lehrer, and Alan Freberg on his musical taste.

Dr. Demento still does a weekly show, but now it streams online at his site.